A Stamp for a Champ | Teachers College Columbia University

A Stamp for a Champ

The late Congresswoman and pioneering Presidential candidate Shirley Chisholm (M.A. '52) is being honored by the U.S. Postal Service during Black History Month with a limited-edition stamp in the Black Heritage series. 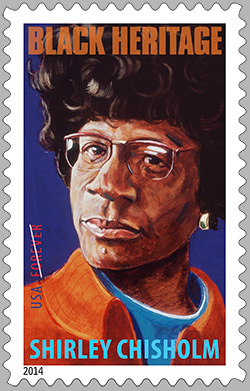