"I do see progress -- we're more aware now of the negative outcomes of our words and actions. But there is much more to be done," Jane Clementi said at a TC panel discussion in November. 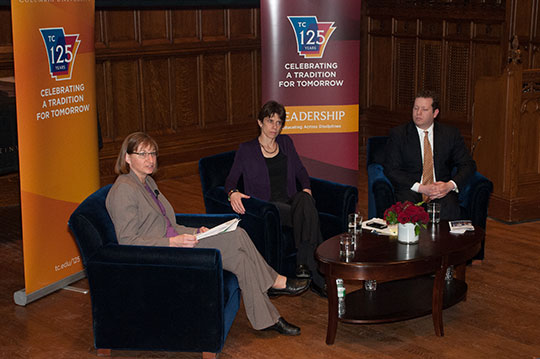 Jane Clementi spoke at TC this past November