A “First Act of Awareness”: TC hosts a major conference on antisemitism

Acts of discrimination and outright hatred toward Jews increased by 57 percent in the United States during 2017 – Donald Trump’s first year in the Oval Office – according to the Anti-Defamation League (ADL). It was the largest single-year increase since the ADL began tracking hate data.

Those numbers include the alt-right siege of Charlottesville that resulted in the death of an anti-hate protester. This year’s figures – not yet released by the organization – will include the October massacre of 11 worshippers at the Tree of Life synagogue in Pittsburgh.

While there are no simple answers to this disturbing trend, hate is “legitimized by the failure to respond,” said Teachers College President Thomas Bailey at “Anti-Semitism Today: Why are Hate Crimes on the Rise in the U.S.?”, a symposium held at the College in late December. The event, organized by Harriet Jackson, a staff member in TC‘s Office of External Affairs, exemplified TC’s core mission, Bailey said, which is “to gather the best scholars to understand the causes and remedies” for social ills. 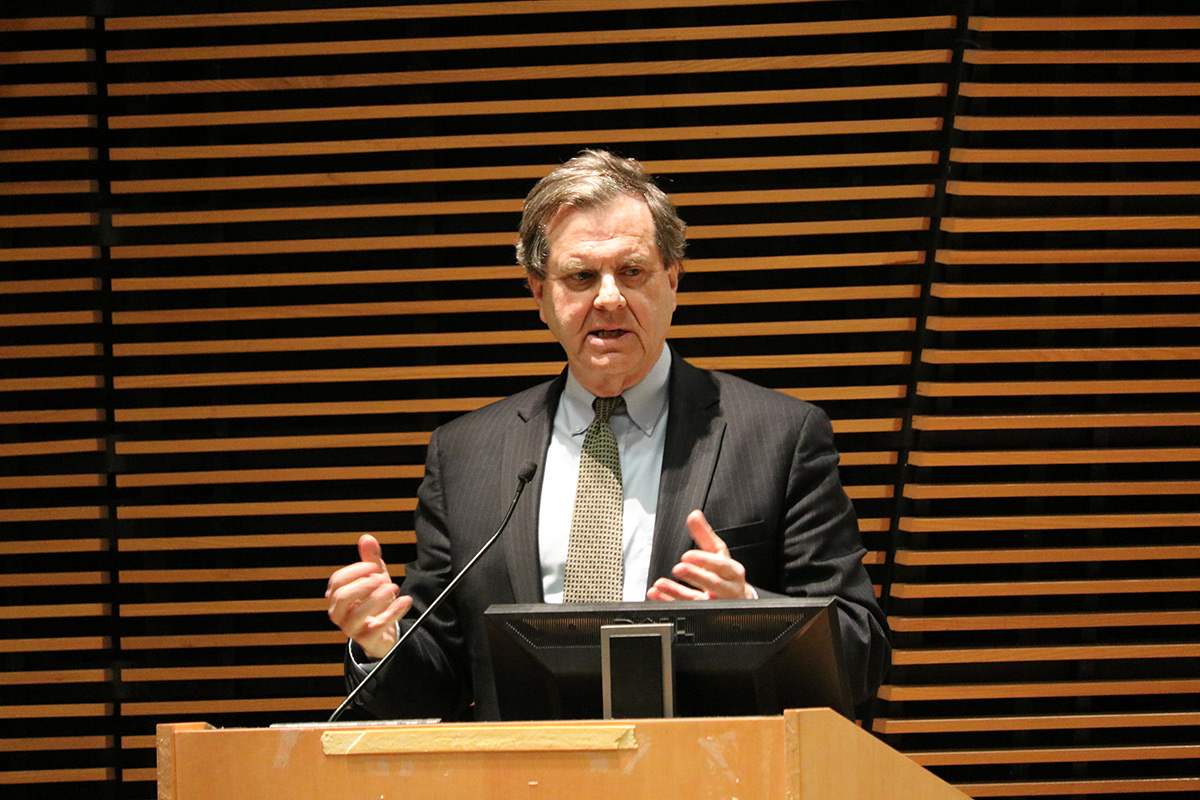 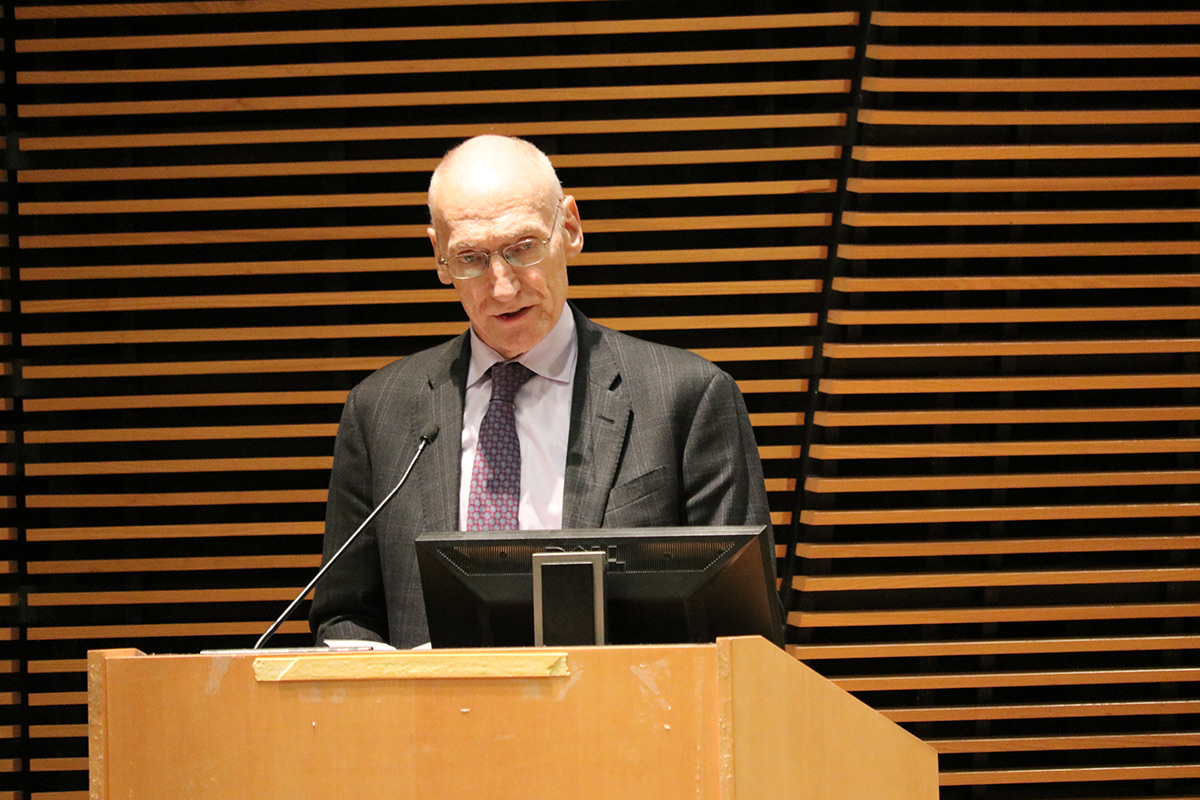 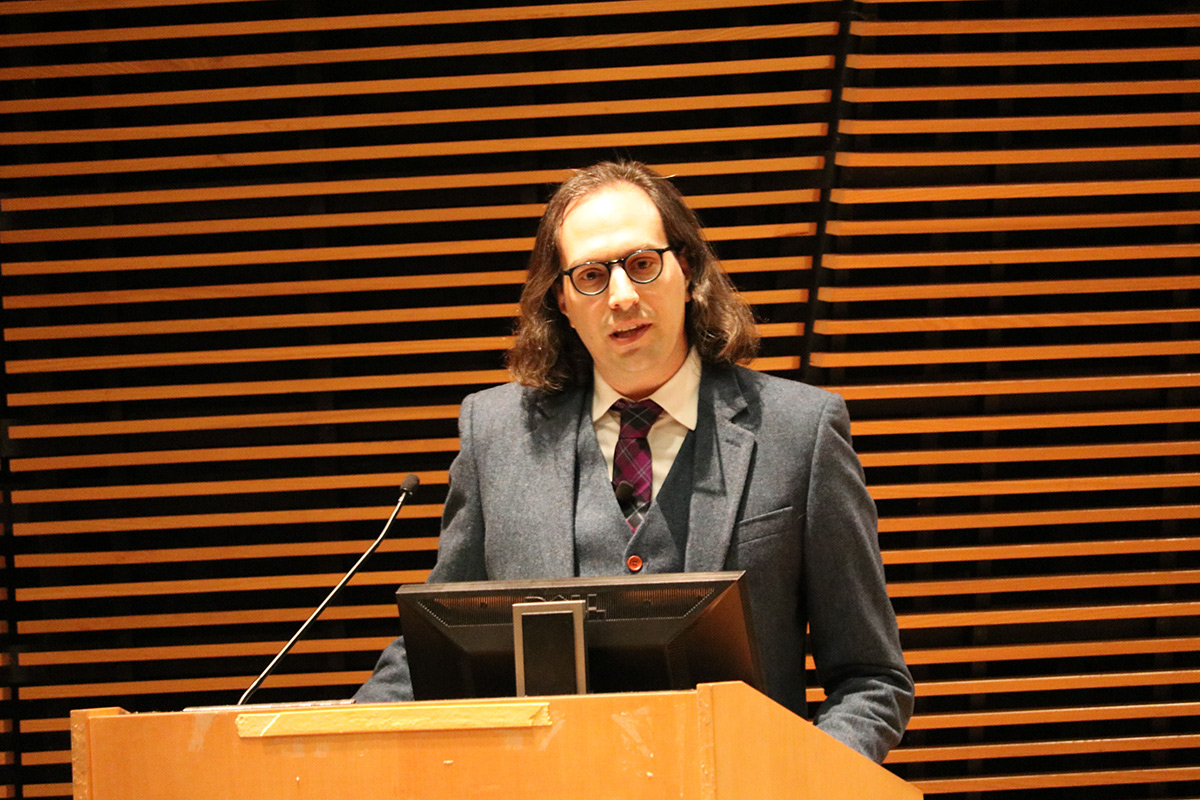 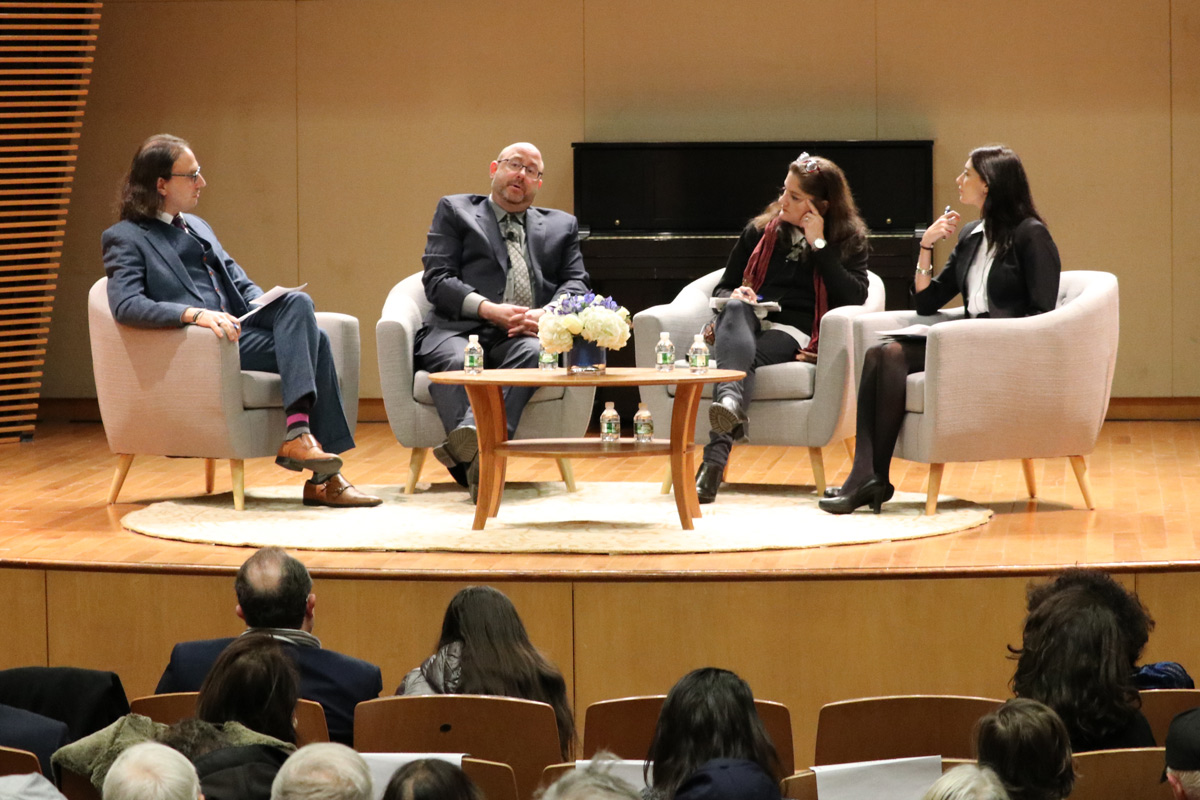 Co-sponsored by TC’s Office of the Vice President for Diversity & Community Affairs, Columbia’s Institute for Israel and Jewish Studies and the International League Against Racism and Anti-Semitism, “Anti-Semitism Today” brought together advocates from academia and the non-profit world to do just that.

David Harris, the CEO of the American Jewish Committee (AJC) directed the symposium’s attention to the internet forums where, in his opinion, discussion of hate speech needs to start.

“Unless the United States is ready to tackle the issue of hatred, racism and antisemitism on social media platforms, we are sitting ducks,” said Harris in remarks that opened the event.

The son of Holocaust survivors, Harris reminded the audience that “the ‘final solution’ began with words.” He attributed the rise in antisemitism, both in the United States and Europe, to a de-emphasis of Holocaust education in history classrooms.

Hate is “legitimized by the failure to respond.”

If “current trends” prevail, Harris predicted, “knowledge of the Holocaust will continue to decline over the next ten to fifteen years. And, given what we know, that knowledge is an insurance policy against antisemitism.”

A panel discussion led by Associate TC Professor of Higher & Postsecondary Education Noah Drezner placed the rise in acts of hate against Jews in a larger context of intolerance.

“Hate is generally connected,” said the ADL’s Stephanie Merkrebs, Director of Campus Affairs & Special Projects for the Anti-Defamation League (ADL).  “When one person hates, and they have a target of hate, they probably have more than one target. And when a community is targeted with hate, communities that are observing that hate feel that they might be next.”

“Knowledge of the Holocaust will continue to decline over the next ten to fifteen years. And, given what we know, that knowledge is an insurance policy against antisemitism.”

Kevin Feinberg, (MA ’93), Senior Program Director (NY) of the non-profit  educational organization Facing History and Ourselves, argued that, by definition, bigotry can never occur in isolation.

Mehnaz Afridi, Associate Professor of Religious Studies and Director of the Holocaust, Genocide and Interfaith Education Center at Manhattan College, said that religious discord on campus, which she is sometimes called upon to mediate, frequently arises from a fundamental insensitivity to the historical abominations generated by intolerance.

Afridi, who, as a Muslim academic, has made it her mission to use education – and her scholarship on the Holocaust, in particular – to fight antisemitism,  said it is incumbent on educators to initiate conversations that put ignorance and hatred into context for young people who may not otherwise understand the framework of an indifferent remark, gesture or act.

“There are a lot of stories buried by prejudice and hate,” said Afridi. “And these are the kinds of things we should be talking about.” Indeed, universities must “create an inclusive environment for groups to collectively talk about what they are experiencing,” she said.

Feinberg agreed, but made it plain that doing so carries some very real risks. “We need to have conversations across boundaries – and that’s tough, because we can’t be afraid of saying the wrong thing.”

“There are a lot of stories buried by prejudice and hate. And these are the kinds of things we should be talking about.”

Afridi praised TC for braving that danger, calling the symposium “the first act of awareness about anti-Semitism.”

Jackson, the daughter of a German Holocaust survivor and a former academic who has put together scholarly conferences on antisemitism at Columbia University and the YIVO Institute for Jewish Research, said she felt compelled to organize “Antisemitism Today” after the killings in Charlottesville and Pittsburgh. She first raised the idea with Janice Robinson, Vice President for Diversity and Community Affairs, at a “safe space” that Robinson’s office organized at TC for Jews and others who were grieving after the shootings in Pittsburgh. “Janice immediately agreed to sponsor the event,” Jackson says. “It was a real a testament to the inclusive and caring nature of the TC community.”