"I Was a Nobody" | Teachers College Columbia University

"One thing you can never measure is a kid without a dream." That was how Congressman Charles B. Rangel chose to open a two day symposium packed with statistical measures of the impact of inadequate education on society. 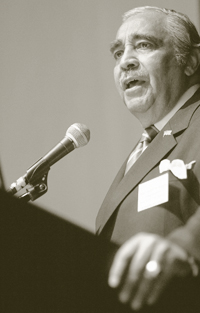