James Benkard, a Teachers College Trustee since 1980 and the College's current longest-serving board member, has passed away at age 77. 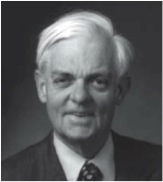