But supervision is only one piece of how younger psychologists develop. Mentorship is equally or perhaps even more vital to that process.

“Mentorship plays a critical role in a career development, so much so that universities, corporations and professional associations often have formal mentoring programs in place,” said Celeste Malone, Associate Professor of Psychology at Howard University and President-Elect of the National Association of School Psychologists. “The purpose of good mentors is to work with mentees to elicit what their personal and vocational dreams are, endorse those dreams as being realistic, and then offer an environment in which mentees can move closer to dream fulfilment.” 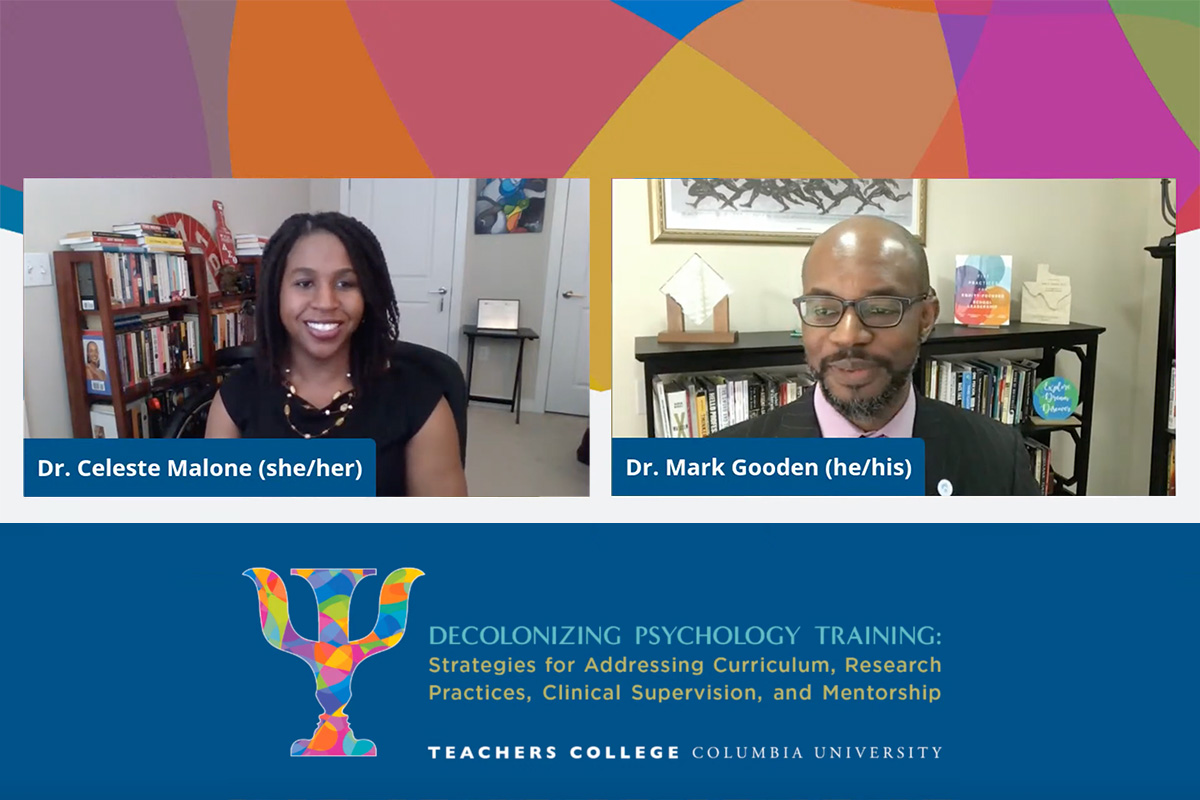 Watch a conversation between Celeste Malone and TC's Mark Gooden.

Malone, who spoke in a conversation moderated by TC’s Mark Anthony Gooden, Christian Johnson Endeavor Professor of Education Leadership, said studies have found that mentorship aids mentees in the development of professional skills, in building confidence and a sense of professional identity, in increasing scholarly productivity, and in developing professional networks. Overall, students who find good mentors report greater satisfaction with the graduate school experience.

And the benefits don’t stop there. Post-degree, graduates who had good mentors make more money, are more rapidly promoted, feel greater satisfaction in their work and achieve more, and are willing to mentor others.

“But unfortunately, not all graduate students get to reap those rewards,” Malone said. Racially and ethnically minoritized [REM] students in psychology often have less access to role models, she said — in part because mentors and mentees tend to choose one another based on shared ethnic and cultural backgrounds, and there are simply far fewer REM faculty to be found.

As a result, many students from REM backgrounds “often experience microaggressions” from potential mentors, an experience that “sends messages about who belongs in academic spaces and the profession.” REM students also often feel excluded from informal situations where mentoring may occur. “And within formal advising and mentoring relationships, they are less likely to receive the quality of advising as their white peers, because they’re not perceived as talented or coachable, because perceptions are grounded in those deficit assumptions,” Malone said.

Above all, Malone said, “Mentors, know thyself. Reflect on own cultural identities and power and privilege associated with those identities.”