Challenging the Status Quo in Supervision

The term “colonizing” defines practices that reproduce the existing conditions of oppression, and perpetuate deficit-based views that maintain the disenfranchisement of marginalized individuals and communities, said conference organizer TC’s Prerna Arora, Assistant Professor of School Psychology, in her opening remarks. And change, Arora said, “begins with decolonizing ourselves” so that “we become more prepared to train a new generation of providers, who can repair the silencing and oppression of minoritized individuals and communities.”

Speaker Carol Falender, UCLA psychologist and co-author of Clinical Supervision: A Competency-Based Approach, underscored that point in a conversation moderated by Marie Miville, Professor of Psychology & Education and Vice Dean for Faculty Affairs. 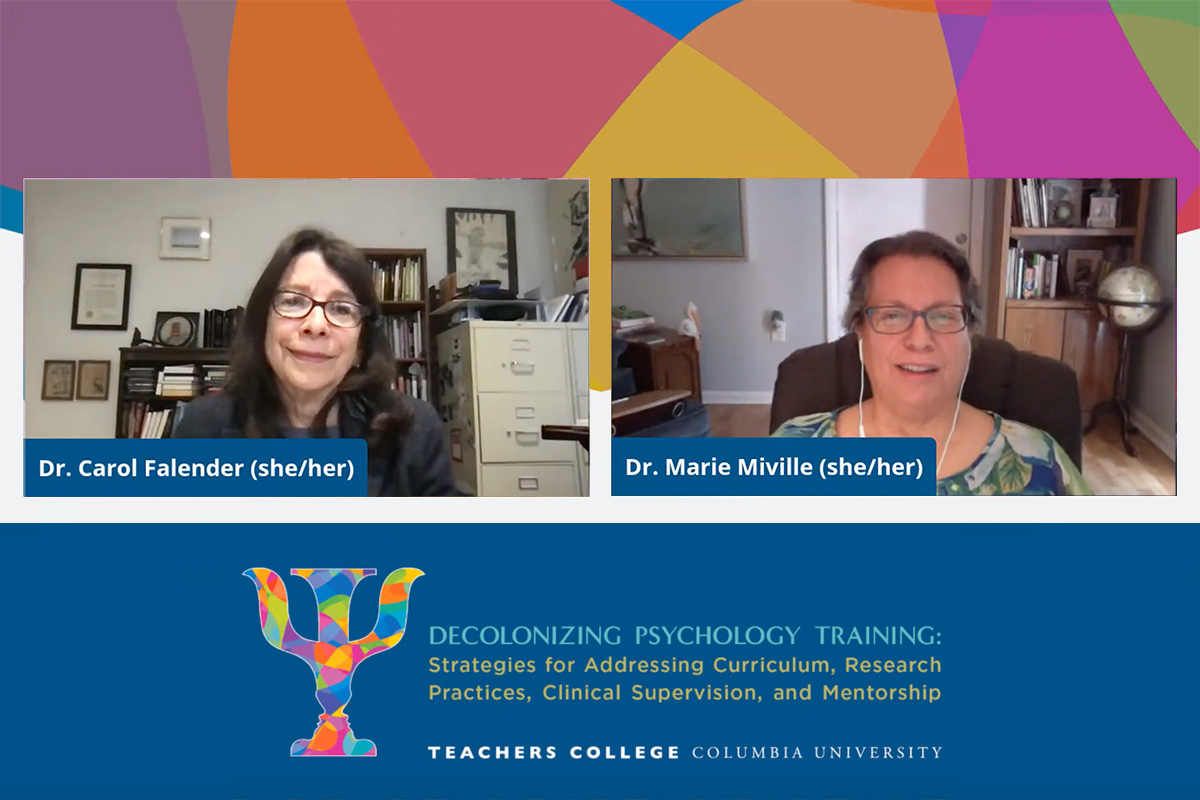 Watch a conversation between Carol Falender and TC's Marie Miville.

As a result, “there’s a pervasive sense that self-disclosure is not acceptable and is contrary to theory, and that’s a very delimiting factor when it comes to decolonization,” said Falender, who introduced herself as “an older, small, White, Jewish, Midwestern woman — a Hoosier, now living in California; heterosexual, privileged.”

Many such missing practices, Falender said, result from a failure to understand or implement the foundations of clinical supervision, including:

In response to an audience member’s question about how change can occur when supervisors themselves are not driving it, Falender underscored the power of students.

“There’s such a strong desire for change amongst students, and that drives changes,” she said. “Administrations are sensitive to what students want because they need students to enroll in the institution and pay tuition.” She urged students in the audience to “be active, inform the administration, work with the administration to ensure that all the people higher up in the university or other settings are aware of these decolonizing actions and what kinds of things in this particular setting are colonial and how this is not going to be acceptable to continue.

“Universities are only as good as the students who enroll in them,” Falender concluded. “So, there is power there.”

[Read a story about how the “Decolonizing Psychology” event was inspired by change within TC’s School Psychology program asked for by students.]