Searching for Better Assessment: A Discourse on Affirmative Assessment

In the pursuit of a sociocultural approach to testing that could yield more equitable outcomes among students, scholars from across the globe gathered virtually for the second day of the Edmund W. Gordon Centennial Conference, held in honor of the legendary psychologist’s 100th birthday. After the first day introduced Gordon’s idea of “intellective competence” as the goal of education, Gordon himself took the virtual stage to discuss the ethos of his decades-long research.

Read about the first day of the Edmund W. Gordon Centennial Conference.

In his remarks, Gordon — Teachers College’s Richard March Hoe Professor Emeritus of Psychology & Education — centered the work of affirmative assessment as the pursuit of social justice “primarily through appropriate and sufficient opportunities for all children, and especially for those who have been under-resourced, disadvantaged, [and] discriminated against.”

Read Gordon’s , in which he discussed child development, pandemic recovery, the racial achievement gap, and his mentor W.E.B. Du Bois.

The day’s discourse built on the conference’s prior day, which included scholars examining the use of affirmative pedagogies, which along with supplemental education — or efforts that go beyond the scope of the traditional classroom — form the pillars of Gordon’s approach to affirmative development in students. 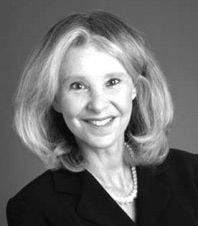 Affirmative development is missing for most K to 12 schools, and it often is missing from the lives of children who would benefit the most from it.

“Affirmative development is missing for most K to 12 schools, and it often is missing from the lives of children who would benefit the most from it,” said Sharon Lynn Kagan, TC’s Virginia and Leonard Marx Professor of Early Childhood and Family Policy, in the second session on the conference’s first day. For Kagan, more equitable resources across demographics also rely on prioritizing teaching environments that facilitate child-centered instruction, such as smaller class sizes, and fostering the use of individualized education plans for all children.

The conference’s speakers also examined the tools of assessment, seeking improvements that can make tests more affirmative and formative for students. “To be as useful as possible, assessments should provide clues as to why students learn the way they do, how they are learning, as well as any reasons for any misunderstandings or gaps in knowledge and skills that may have developed along the way,” said James Pelligrino, Professor of Psychology and Education at the University of Illinois at Chicago.

These assessments should be rooted in an idea of what it means to be well educated and competent in the 21st century, multiple speakers observed. Another recurring theme was that, as we think about equity, we are not limited to students’ scores, but to “the wider opportunities assessments can open,” as Eva Baker, research professor of education at UCLA, remarked. 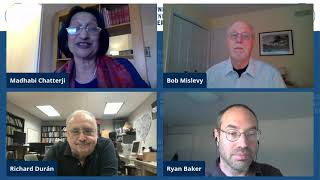 Session III: Towards “Next Generation” Affirmative and Formative Assessments for Learning, and in the Service of Learning

Limiting assessment of success to test scores alone, it seems, is a theme of the past to many of the conference’s scholars, including Jeannie Oakes, Emeritus Professor in Educational Equity at UCLA.

“When a system’s goal is to close gaps and provide students farthest from opportunity with an excellent education,” Oakes said, “accountability systems must be anchored by goals and standards that signal broad, multiple, and complex outcomes we have for all students — not just test scores, but including the full range of what it takes to be prepared for college, career, and civic life.”

Oakes’ fellow panelists addressed how to promote equity-centered pedagogy in the policy sphere. The risk was framed by Michael Nettles, Senior Vice President of Policy Evaluation and Research at the Educational Testing Service, who observed that, with non-white students now in the majority in public primary and secondary schools, the danger is less of “some students being left behind,” but rather that “most students” could be. “To continue to do what has not worked and yet expect a different result, of course, is the popular definition of insanity,” Nettles said.

Session IV: From Affirmative Action to Affirmative Development: Towards Rights-based and Equity-centered Pedagogy, Assessment, and Policy

In the 21st century, “assessment, teaching, and learning will out of necessity have to be appropriate to the diversity in the populations that must be served and informative of the teaching and learning processes in which they will be embedded,” said Randy Bennett, chair in assessment innovation at ETS. Speaking during the “reflection salon” focused on “the next 100 years of research, practice and policy,” Bennett advocated “changing the test by creating an experience that is more attuned to students” as well as “changing our interpretation of results for the individuals or groups for which misalignment exists.”

The conference, the first in a series of Centennial Celebrations that will take place at higher education institutions across the country over the next year, concluded with a closing ceremony led by conference organizers Erica Walker, the Clifford Brewster Upton Professor of Mathematical Education; Madhabi Chatterji, Professor of Measurement, Evaluation & Education; and Amy Stuart Wells, Professor of Sociology and Education. Dr. Gordon made his remarks, and former colleagues, friends, mentees, and his son, Edmund T. Gordon, Associate Professor of African and African Diaspora Studies and Anthropology of the African Diaspora at the University of Texas, Austin, shared moving tributes.

So what is next for affirmative assessment? For Gordon, his work “to repurpose educational assessment to better serve learning” is ongoing, with seminars, a potential handbook on research and practice, and more on the horizon.

I have always experienced education as having primarily to do with relationships between people.

At 100, Gordon — a force for change in education who inspired such discourse, both recently and throughout the decades of his career — thanked those who joined the conference in his remarks last week: “I have had a blessed life, and a lot of it is because of you.”

Gordon is further honored with the Edmund W. Gordon Institute for Urban and Minority Education, the new name of which was announced during the conference.

Tags: At the College Assessment & Testing At The College Psychology