Goldie Hawn at Academic Festival: A Call for Society to "Mind Up" 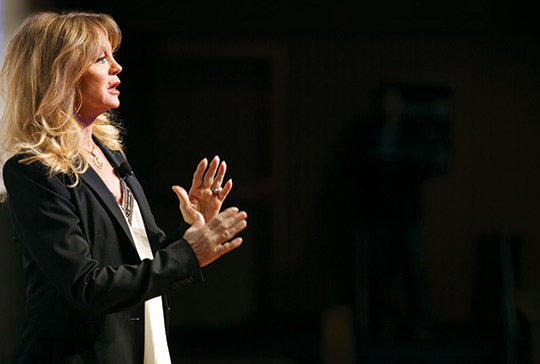